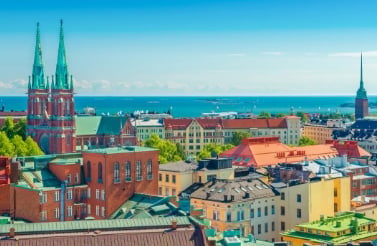 “Jeremy Griffith’s great understanding of the true biological nature of mankind, and human history, is a compassionate story that has immense healing power.”
Henri Kynsilehto

Henri Kynsilehto has a Master of Science degree in philosophy from the University of Tampere, along with a teaching degree. Married with a teenage daughter, Henri is a Machine Learning Engineer who speaks Finnish, English, Swedish, and some German.

Download this transcript as an A4 or US Letter PDF

Hello, my name is Henri Kynsilehto, and I'm very excited to be opening a World Transformation Movement Center here in Finland.

I was born in Northern Finland, in town called Oulu, and I lived there for my childhood and my adolescence, and I moved to Tampere in southern Finland when I was 20. And I started studies at the University of Tampere. I did a huge load of studies, at the end I ended up with this Master of Science degree from philosophy that was like double the size of the normal degree, including studies in psychology, of course philosophy, which was my main subject, and mathematics, computer science, economics and social psychology. I wanted basically to know everything. I was keen to know. But after I got my degree, I also took studies in pedagogics (the approach to teaching) and I have a teacher’s pedagogical studies so I could teach in high school or junior high school.

Earlier this year, I just stumbled upon this interview from Craig Conway where Craig Conway interviews Jeremy Griffith and I was like mesmerised with that interview, about the topics, it just stopped me and aroused my interest.

When I first saw the video and started to read the book, I was like struck by lightning or something like that. I thought this is it! I mean this is what I have been looking for. That's what I was thinking. It was so big for me to be able to find something that resonated with the expectations that I had, that I've had during my life, when I try to look for something more than just the dull explanations, like ‘Well, men are like that, and it's just natural for men to be bad and evil and selfish’ and so suddenly I found something that told me a bit more about what's underneath the hood in the human mind, what's going on inside the human mind, and the situation or condition in which we are. And I just felt that for the first time of my life I felt that ‘This is it!’, this is what I have been looking for. It stopped me. I didn't need to go anywhere else anymore.

Before I found the information I was kind of like looking for meaning in life, what this all means and going through any topic or ideas or materials that might contain answers. And I was doing that as a child, I suppose all children do that. In adolescence I read the Bible, though I'm not a religious person. I read various national epics. And at high school I turned to philosophy, I read Plato, I read Nietzsche. And I read psychology, Sigmund Freud was a big hero from me. And I suppose I was looking for a way to understand myself and other human beings. So I had no conclusive story about what life is, what men are, and I was just looking for something. I didn't have any sort of story.

When I found the information and I started to digest that and let that sink in, I started to re-evaluate some ideas or thoughts that I had about life and men before. For example, I thought—and I have thought for 30 years—that altruism is impossible and that selflessness is impossible, because I kind of like proved that to myself 30 years ago. And now Jeremy Griffith enters and he presents biological proof that we’re not only capable of selfless behaviour and altruism, he says that we are biologically predisposed towards such behaviour! And that was so big because I thought that I had covered that up by proving that it's impossible, and it was like a big festering wound, in some, in like sediments of my mind because I have built a lot of behaviours and attitudes towards people, towards life and the world, on top of that false thesis that I held and I thought that I had proved. And it was quite relieving.

I carried that thesis for 30 years and when I understood that I was wrong, it was pure bliss for quite a while! I mean, people were like asking ‘Why are you smiling all the time?’.

It's pretty odd, because I've always been a cranky guy who doesn't ever smile. And now whenever I see another person, I start to smile. I don't know what's happened! I fear that I have been a very callous person, but it's changing, it’s changing.

Of course the refutation of the ‘savage instincts’ myth is just the beginning of this huge book, because I mean the book has a scientific part and it has this kind of like visionary and philosophical part. And once the scientific part is kind of like dealt with, the book opens up to themes in philosophy, religion and psychology and upbringing and all that stuff that we humans have built on top of the ‘savage instincts’ myth, on top of that thesis that men are by their biological nature, vile and evil and savage. And that's what makes the book so huge. Griffith goes through religion and explains why there are these religious stories about ‘the fall of man’, which he uses as prescientific stories about the history and prehistory of man. And he goes through Plato's cave allegory and explains what is going on behind that, under the hood. What I personally find really interesting in Jeremy’s interpretation of Plato is that when philosophers read Plato, they kind of like have some sort of cognitivistic reading of Plato's cave analogy. And then you get muffled with or befuddled with this distinction between the Material World and the Ideal World, that is, the Problem of Universals. But Jeremy Griffith’s interpretation of Plato, is like, it's like a bomb, I mean what he is saying is that it's not about the Material World and the World of Ideas. It's about, the universals are imprinted in our biological makeup, and that's why we find them as unchangeable and unmovable and all that.

Getting the information from Griffith’s book and the different materials from WTM can make your life better and easier and happier, because it shows us the way that we can think about other people and the way we can behave while being honest. I think it kind of heals human relations, I mean human relationships, where you don't have to kind of like try to re-validate yourself all the time.

If I had this information when I was in my adolescence, my life would have been so much more easy, because I wouldn't have had to learn to live in a world where you have to think about other people as selfish and have to think that selflessness is impossible, because it makes your relationships to other people so much better. I think that this information should be available to all children and young people in the world, and so that they could grow into it and grow with that.

I think this is a great science-based view of life and it has immense healing power, and it's a compassionate story and description about men and human history. I feel that with the evidence on the true biological nature of men, the next step is to kind of like, apply that into more philosophical areas that are not like covered by exact science like upbringing, psychology, and, well, all the sort of things that we do in human societies. And I think that this information is just great in that. It's like a compassionate, compassionately understanding way of thinking about humans and with great healing potential.

Having found the information, I consider myself to be a very lucky person and what I want to do next is to…I feel that I have the responsibility to spread the word, so to speak, and that is why I want to open this WTM Center in Finland so that the information is available and the movement has presence in Finland.

OK so please get in touch, we'd love to hear from you!

“The depression teens go through is not caused by ‘puberty blues’ or glandular fever, it is due to young people trying to reconcile the paradox and hypocrisy of the human condition.”
Jeremy Griffith

Jeremy Griffith’s explanation of the human condition finally makes it possible to understand our species’ psychologically upset angry, egocentric and alienated state. In doing so, he also makes it possible to appreciate the psychological process of ‘Resignation’ that teenagers go through as they attempt to understand the human condition both within themselves and the world at large.

Read Jeremy’s explanation of ‘Resignation’, the most important psychological event to occur in human life and yet one that is very rarely acknowledged and almost never discussed and analysed. 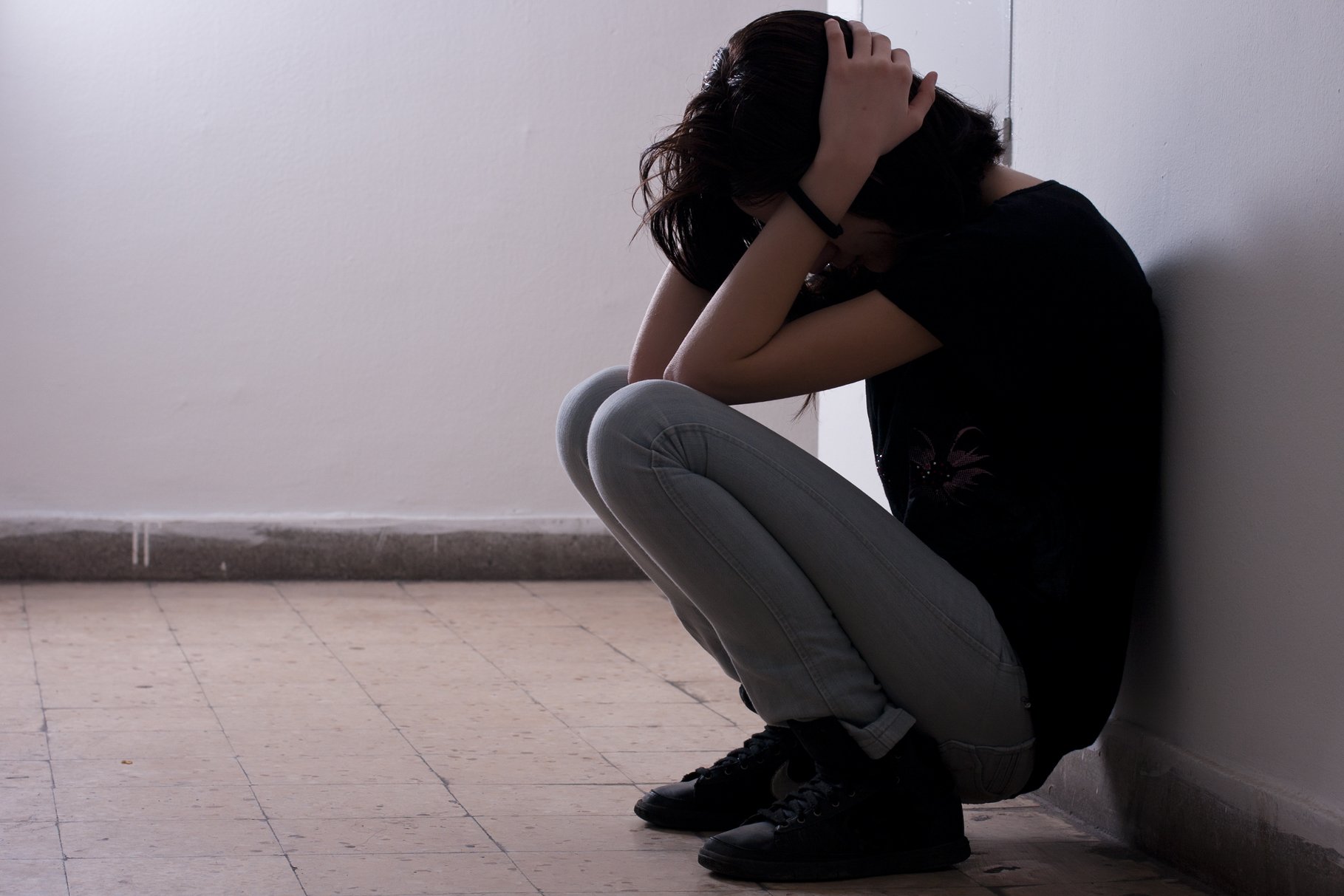 FREEDOM: The End Of The Human Condition

FREEDOM is the definitive presentation of the biological explanation of the human condition needed for the complete understanding of human behaviour and the ultimate amelioration of all the underlying psychosis in human life.

MUST, MUST WATCH: Craig Conway, the acclaimed British actor, writer, producer and broadcaster — and the founder of WTM North East England Centre — has brought all his skills to bear to produce the ideal introduction to Jeremy Griffith’s explanation of the human condition in this absolutely astonishing, world-changing and world-saving interview with Jeremy. It’s called ‘THE’ Interview because in it Jeremy gives such a concise and accessible summary of his world-saving explanation of the human condition that it’s nothing less than the most important interview of all time!

“When I first saw THE Interview and started to read FREEDOM, I was struck by lightning. It stopped me. I was just mesmerised. I thought, this is what I have been looking for. I didn’t need to go anywhere else anymore. I had suddenly found out what’s underneath the hood of the human mind. For the first time in my life I felt that ‘This is it!” Henri Kynsilehto

Alongside the original WTM Centre in Sydney, Australia, World Transformation Movement Centres are being established around the world to help bring to everyone the now desperately needed all-relieving and all-explaining biological understanding of the underlying issue in all of human life of our troubled human condition.

Visit the WTM’s Transformation page to learn more about the formation of these Centres. You can access the following examples of WTM Centre websites by clicking on their images below.

Subscribe to our YouTube channel and receive two or more videos each week. These videos will include enthralling, bite-sized samples of the explanation of the human condition, and also descriptions and examples of the transformation that is now possible for all our lives.